Presentations, Quiz and Points to Ponder on T.S. Eliot's 'The Waste Land'

Ezra Pound and the drafts of The Waste Land 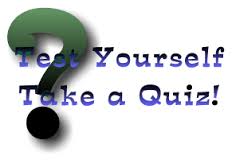 1) What are your views on the following image after reading 'The Waste Land'? Do you think that Eliot is regressive as compared to Nietzche's views? or Has Eliot achieved universality of thought by recalling mytho-historical answer to the contemporary malaise?
2) Prior to the speech, Gustaf Hellström of the Swedish Academy made these remarks:
What are your views regarding these comments? Is it true that giving free vent to the repressed 'primitive instinct' lead us to happy and satisfied life? or do you agree with Eliot's view that 'salvation of man lies in the preservation of the cultural tradition'?

(If you want to read the article - click here)