Why are We so Scared of Robots / AIs?

Why are we afraid of robots?

Why are we scared of Artificial Intelligence?

Even though robots and AI are products of human imagination & intelligence, the human creative imagination loves to tell stories where in we are warned against Robots / AIs. Why? Why our stories about robots and AI scare us? Is there some deep truths in these narratives? or are they useless apprehensions?

If we look at the stories told to us, we find that we were always warned or scared or told to be afraid of some monsters. The fear of wolves was always narrated to the sheep. The form of wolf keeps on changing. The wolves of the Aesop's fables turns into human-monsters in mythology. The great epics like Ramayana and Mahabharata scared us against crossing the 'Laxman-Rekha' or else be ready to face the Ravanas. The Kansas, the Duryodhanas, the Dushashanas - are remembered time and again so that we remain perpetually scared. In the industrial era, the machines run on electricity were monsters. In the digital era, robots run on artificial intelligence are here to scare us.

Is it so that the fear of monster strengthen and alerted against impending danger and so we survive today? Is there any direct correlation between fear and survival instinct? Does survival instinct strengthen with fear mechanics?
If so, we should keep on telling stories to be scared of, the stories of monsters. Let the form of monster keep on changing with the advancement in science and technology. Let us move away from the monster of the hell and face the monster of the laboratory. Let us tell the stories to scare us to find a way out.
After all, there is nothing more human than the will to survive.

Let us see these sci-fi short films on AI - Robots to scare ourselves.
1. The first one is about babysitter robot who becomes so obsessed of the child that murders the murder.
2. The second one is on the iMom - Mom robot.
3. The third is on Satyajit Ray's short story 'Anukul' (1976) - directed by Sujoy Ghosh

From the desk of Head of the Department 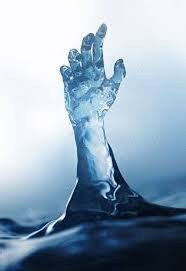 The Memorabilia 2018-19 reminds the sense of an ending. Julian Barnes has rightly said that the sense of an ending is one of the most curious senses. There are ‘senses’ which are very crucial for human beings. The senses like ‘common-sense’ is necessary to understand worldly affairs when our academic sense fails to unlock the enigmatic life. Similarly, ‘civic-sense’ makes us responsible and accountable citizens of the democracy. Likewise, ‘academic-sense’ guides us in using lessons learned in academia at right time and right place. Unlike these senses, political senses is not much valued and talked about. However, for the citizens who are eligible for casting their votes in democracy, this sense is as inevitable as any other. Bertolt Brecht has equated this with literacy and told very boldly that the worst illiterate is the political illiterate. s/he hears nothing, sees nothing, takes no part in political life . . . and does not seem to know that all citizens life depends on political decisions. Among all these senses, it is ‘historical sense’ which makes a huge difference. In T.S. Eliot’s words - the historical sense involves a perception, not only of the pastness of the past, but of its presence. The historical sense will help in better perception of zeitgeist of our time and space. It is this sense which differentiates people from sheople (sheep + people). We, at Department of English, while teaching English studies, makes an attempt to see that students develop these senses and become more sensible towards their personal lives as well as our society.
Coming back to the sense of an ending, the most curious sense of all these high-profile senses. When we get towards the end of two years, when a batch full of students are passing out – some curious feelings engulf and numbs our senses. No! It is not this Keatsian ‘my heart aches, and a drowsy numbness pains’ – sort of sense of an ending. It means an end of any likelihood of change in the life. We work very hard and we expect a sort of progressive, positive, and constructive metamorphosis among those with whom we so passionately get involved. At the end of the year, the sense of an ending engulfs.
This Memorabilia 2018-19 is nothing but a sort of pensive of all those wonderful memories. It is like that Time-Turner device made by Ministry of Magic in J K Rowling’s Potter series. It is like the Time Machine of H. G. Wells. Turning pages of this memory-booklet is like unwinding the time in Time-Turner or travelling back in the Time Machine. 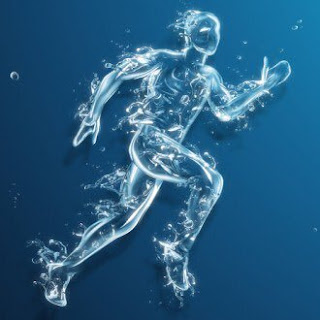 All credit for this sort of meticulous record keeping goes to the Documentation Committee. It is really tough task. However, social media like Facebook is helping a lot to them in keeping records. It was always satisfying to read their posts in the happenings with an interesting write-up and a few photos. It is even more satisfying to revisit all those ‘happenings’ in this Memorabilia, again.
When I look back at the quality of students who are passing out, I see that these students were a bit quicker in adapting to technology than the previous batches. These students have surprised me on several occasions. From presenting their work in digital form to working on online surveys, or preparing certificates with mail-merge feature, or collecting data, or working in collaboration, or even this Memorabilia itself . . . . With almost professional precision, they used assistive technology. I hope the digital skills they have acquired and honed are going to be very vital in their future career and life.
Another unique feature perceived in this batch was their courage and confidence to speak-up and voice their happiness as well as angst and anxiety. Many of them wrote and some even published good poems, short stories, social media posts and blogs.

This was the batch on which we worked very hard to improve their English language. Not that these students were very poor in English language. They possessed normal English language skills which is common with all other batches. However, this time we were able to spare time for remedial classes, answer-writing workshops and academic writing workshops. In a way, this batch is fortunate to have many sessions of improving academic English writing skills. Some of them have learned it and displayed the improvement in their writings also.

It is a tradition that most of the activities are carried out by students of the Department. They are divided in various committees and those willing to lead become natural leaders. Every year, apart from regular co-curricular activities, some unique activities are also planned by these committee members. This year, 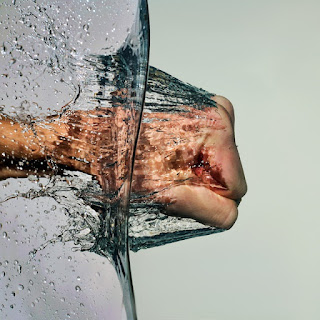 All members of the committee from Semester 4 and 2 are appreciated for these unique activities. We know that all humans are not similar. Neither are we born to do similar things in life, nor are we supposed to think alike. We all are unique and the uniqueness shall be maintained, irrespective of what-so-ever-life offers us. In spite of this, the fact remains that this rule does not apply to leaders. The leaders are supposed to be different from other people. The uniqueness of leaders lies in the fact that they are ready to merge and assimilate with one and all. That’s the sure way to lead the people.

There is a famous quote ascribed to Bruce Lee: “Be like water making its way through cracks. Do not be assertive, but adjust to the object, and you shall find a way around or through it. If nothing within you stays rigid, outward things will disclose themselves.  Empty your mind, be formless. Shapeless, like water. If you put water into a cup, it becomes the cup. You put water into a bottle and it becomes the bottle. You put it in a teapot, it becomes the teapot. Now, water can flow or it can crash. Be water, my friend.” Leader are supposed to be like water. It is glad to see that without knowing all these things most of you have displayed these characteristics. Be with it. In future, you may unlearn many things and relearn also. But do not unlearn these characteristics of leadership which you have acquired by being so – water like!

Lastly, keep reading literature. Great readers make for great leaders! Reading literature ripens our maturity. The emotional, intelligence, spiritual, creativity, adversity, and physical quotients (EQ, IQ, SQ, CQ, AQ, PQ of literature students / readers are much higher and deeper than students of any other subjects / discipline. At the same time, I would like to suggest to watch as many films as you can. In this year, we have seen the rise of web streaming services. It has opened new vistas for acquiring all these quotients which altogether makes for literary quotients and literary sensibility. If one wants to put it in arithmetic equation, it shall have an integer of multiplication.

Do not nurture bias against these mediums. Do not privilege one over the other. All are equally important for the acquisition of literary quotient. 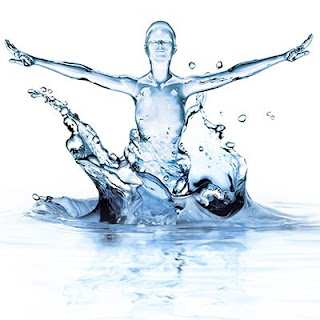