An Artist of the Floating World - Kazuo Ishiguro 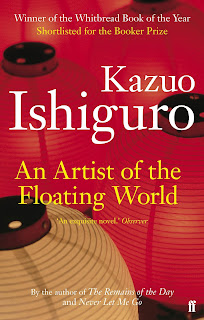 An Artist of the Floating World (1986) is a novel by Nobel Prize- winning British author Kazuo Ishiguro. It is set in post-World War II Japan and is narrated by Masuji Ono, an ageing painter, who looks back on his life and how he has lived it. He notices how his once great reputation has faltered since the war and how attitudes towards him and his paintings have changed. The chief conflict deals with Ono's need to accept responsibility for his past actions, rendered politically suspect in the context of post-War Japan. The novel ends with the narrator expressing good will for the young white-collar workers on the streets at lunchbreak. The novel also deals with the role of people in a rapidly changing political environment and with
the assumption and denial of guilt.
The novel is considered as both historical fiction and global literature
(Weltliteratur). It is considered historical fiction on account of its basis in a past that predates the author's own experiences, and it draws from historical facts. It is also considered global literature on account of its broad international market and its thematicization of how the world today is interconnected. (Source)

Email ThisBlogThis!Share to TwitterShare to FacebookShare to Pinterest
Labels: An Artist of the Floating World, Japan, Kazuo Ishiguro

Nineteen Eighty-four, also published as 1984, novel by English author George Orwell published in 1949 as a warning against totalitarianism. The chilling dystopia made a deep impression on readers, and his ideas entered mainstream culture in a way achieved by very few books. The book’s title and many of its concepts, such as Big Brother and the Thought Police, are instantly recognized and understood, often as bywords for modern social and political abuses.
Orwell wrote Nineteen Eighty-four as a warning after years of brooding on the twin menaces of Nazism and Stalinism. Its depiction of a state where daring to think differently is rewarded with torture, where people are monitored every second of the day, and where party propaganda trumps free speech and thought is a sobering reminder of the evils of unaccountable governments. Winston is the symbol of the values of civilized life, and his defeat is a poignant reminder of the vulnerability of such values in the midst of all-powerful states. (Source)

Online Test - Check your understanding of the novel

Summary of the novel

How to recognize a Dystopia?

The Great Gatsby, third novel by F. Scott Fitzgerald, published in 1925 by Charles Scribner’s Sons. Set in Jazz Age New York, the novel tells the tragic story of Jay Gatsby, a self-made millionaire, and his pursuit of Daisy Buchanan, a wealthy young woman whom he loved in his youth. Unsuccessful upon publication, the book is now considered a classic of American fiction and has often been called the Great American Novel. (Click here to read more) 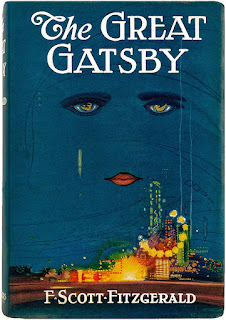 Introduction and Analysis of the novel 'The Great Gatsby':

Summary and Analysis of the novel 'The Great Gatsby'