Video recording of the Interview of Edward Said on 'Orientalism

Transcript of the Interview of Edward Said on Orientalism

In this interveiw, Edward Said, time and again, refers to Palestine issue. For better understanding of Israel-Palestine issue, watch these videos:

If you have not watched and want to watch Hindi film #Madaari, avoid reading this post.
Madaari is a metaphor. There is no real madaari. The metaphor is used for a #Damaru player who makes #Jamoora dance at its beats. The metaphor can also be read as snake charmer as the protagonist somehow charms to bring out the real poisonous nexus between construction company, engineers and politicians who collect funds for political parties through corrupt means.
(Metaphor reminds of one dialogue in film : "Accountability and Responsibility? Hey Man, it is metaphor. Do not take it literally. Problem is because people take metaphors literally" 😂😂😂)
At the same time, the protagonist is service provider / repairer for WiFi networks. This job these days is no less than that of Madaari 😀😀.
Statutory warning: Stop reading if you want to watch the film.
Well, now it is your choice to spoil the game. I am no longer spoiler.

The film has two endings.

One is more realistic and hence throat chocking. Such throat chocking endings in literature leads towards restlessness, anxiety and angst, rather than giving outlet to repressed desires. Such literatures are not for masses. As only Lord Shiv can drink poison to be Nilkanth,  only rational and mentally strong in society can sustain mental stability after reading / watching such realistic literature.
The other ending is romantic happy-endings walla. No throat chocking but a relief that poetic justice is done. All is well that ends well. Such literature makes masses relieved from repression and thus gives feel-good effect. Haash! The social filth (corruption) is cleansed! But we know that it is mere illusion that problem is solved. As the mind do not differentiate between the real and imaginary, the imaginary gives us an impression of reality. No throat chocking moment.  No anxiety. No restlessness. No angst. No revolution.  No #Change. Is this the secret that most of our literature ended with make-believe poetic justice? The mass / sheoples shall be opiumated in the feeling of trance. If they are woken up, they may be problematic to power structures. Has literature played the role of ideological state apparatus to subjugate the subjects?

True to its genre of suspense thriller, the film do not have thrilling moments of #Kahani or dramatic appeal of #GabbarIsBack or common man feeling of #AWednesday.


What is Literature? from Dilip Barad


Criticism Vs Creativity from Dilip Barad

3. Difference between Theory and Criticism


Difference between Literary Theory and Criticism from Dilip Barad
Posted by Dilip Barad at 06:39 No comments: 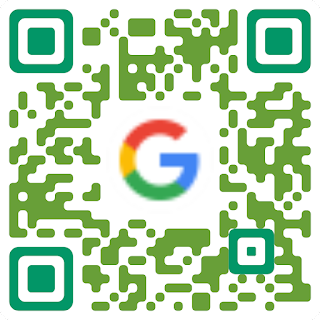 4.     Assignment 1: Online Test: You shall open the link of Online Test and appear in the test. There are 42 questions. You can take help of internet to reply the answers. On submission, you will get auto-generated reply in your mail with the score. Type this score in private comment in this assignment in G-Class. Type correct email id to receive auto-generated email. Click here to open the test page.

5.     Assignment 2: In the second task, you have to hand-write a few paragraphs on

6.     Make PDF of this hand-written answer and upload it in the Google Classroom as assignment submission.

7.     Your admission process will not get completed until you have not submitted both assignments in Google Classroom.

Google Form has several interesting features. It is one of the best online tool to gather information and take survey. Many teachers are also using it for testing purpose. The features like 'Multiple Choice', 'Check Boxes' and 'Drop Down' can be used for online quiz / test also.
But Google Form did not have feature to auto-grade these quizzes / tests. So, most of the teachers were using a script known as Flubaroo over the spread sheet of the answers to generate auto-grade and then email those grades to students. Though it was not very difficult, yet, students had to wait for the grades and correct/incorrect answers till teacher grades it and sends email.
Now, Google Form has added this very important and much awaited feature. In the 'Settings', an added option of 'Quizzes' resolves the problem. Now, as soon as student submits answers, he can view 'Scores' and correct / incorrect answer.