Culture and Anarchy is a series of periodical essays by Matthew Arnold, first published in Cornhill Magazine 1867-68 and collected as a book in 1869. The preface was added in 1875.
Arnold's famous piece of writing on culture established his High Victorian cultural agenda which remained dominant in debate from the 1860s until the 1950s. 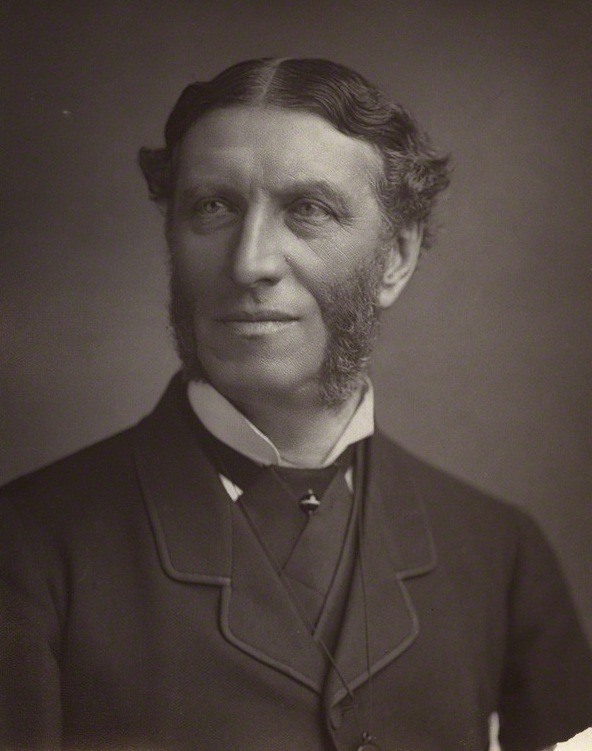 According to his view advanced in the book, "Culture [...] is a study of perfection". He further wrote that: "[Culture] seeks to do away with classes; to make the best that has been thought and known in the world current everywhere; to make all men live in an atmosphere of sweetness and light [...]".
His often quoted phrase "[culture is] the best which has been thought and said" comes from the Preface to Culture and Anarchy:

The whole scope of the essay is to recommend culture as the great help out of our present difficulties; culture being a pursuit of our total perfection by means of getting to know, on all the matters which most concern us, the best which has been thought and said in the world, and, through this knowledge, turning a stream of fresh and free thought upon our stock notions and habits, which we now follow staunchly but mechanically, vainly imagining that there is a virtue in following them staunchly which makes up for the mischief of following them mechanically.

The book contains most of the terms – culture, sweetness and light, Barbarian, Philistine, Hebraism, and many others – which are more associated with Arnold's work influence. (Wikipedia)


Culture and Anarchy, major work of criticism by Matthew Arnold, published in 1869. In it Arnold contrasts culture, which he defines as “the study of perfection,” with anarchy, the prevalent mood of England’s then new democracy, which lacks standards and a sense of direction. Arnold classified English society into the Barbarians (with their lofty spirit, serenity, and distinguished manners and their inaccessibility to ideas), the Philistines (the stronghold of religious nonconformity, with plenty of energy and morality but insufficient “sweetness and light”), and the Populace (still raw and blind). He saw in the Philistines the key to culture; they were the most influential segment of society; their strength was the nation’s strength, their crudeness its crudeness; it therefore was necessary to educate and humanize the Philistines. Arnold saw in the idea of “the State,” and not in any one class of society, the true organ and repository of the nation’s collective “best self.” No summary can do justice to Culture and Anarchy, however; it is written with an inward poise, a serene detachment, and an infusion of subtle humour that make it a masterpiece of ridicule as well as a searching analysis of Victorian society. The same is true of its unduly neglected sequel, Friendship’s Garland (1871). (Source:This article was most recently revised and updated by Kathleen Kuiper, Senior Editor.)

The published book on these essays in divided in following chapters:


(Click on the chapter numbers to read it is details.)


INTRODUCTION
Culture and Anarchy is a controversial philosophical work written by the celebrated Victorian poet and critic Matthew Arnold. Composed during a time of unprecedented social and political change, the essay argues for a restructuring of England's social ideology. It reflects Arnold's passionate conviction that the uneducated English masses could be molded into conscientious individuals who strive for human perfection through the harmonious cultivation of all of their skills and talents. A crucial condition of Arnold's thesis is that a state-administered system of education must replace the ecclesiastical program which emphasized rigid individual moral conduct at the expense of free thinking and devotion to community. Much more than a mere treatise on the state of education in England, Culture and Anarchy is, in the words of J. Dover Wilson, “at once a masterpiece of vivacious prose, a great poet's great defence of poetry, a profoundly religious book, and the finest apology for education in the English language.”
Plot and Major Characters
Although Arnold does not create specific fictional characters to express his ideas in Culture and Anarchy, he does infuse his essays with a narrative persona that can best be described as a Socratic figure. This sagacious mentor serves as a thematic link between each of the chapters, underscoring the importance of self-knowledge in order to fully engage the concept of pursuing human perfection. This mentor also identifies and classifies three groups of people who comprise contemporary English society. The first group is the Barbarians, or the aristocratic segment of society who are so involved with their archaic traditions and gluttony that they have lost touch with the rest of society for which they were once responsible. The second group—for whom Arnold's persona reserves his most scornful criticism—is the Philistines, or the selfish and materialistic middle class who have been gulled into a torpid state of puritanical self-centeredness by nonconforming religious sects. The third group is the Populace, or the disenfranchised, poverty-stricken lower class who have been let down by the negligent Barbarians and greedy Philistines. For Arnold, the Populace represents the most malleable, and the most deserving, social class to be elevated out of anarchy through the pursuit of culture.
Major Themes
Arnold introduces the principal themes of Culture and Anarchy directly in the essay's title. Culture involves an active personal quest to forsake egocentricity, prejudice, and narrow-mindedness and to embrace an equally balanced development of all human talents in the pursuit of flawlessness. It is a process of self-discipline which initiates a metamorphosis from self-interest to conscientiousness and an enlightened understanding of one's singular obligation to an all-inclusive utopian society. According to Stefan Collini, culture is “an ideal of human life, a standard of excellence and fullness for the development of our capacities, aesthetic, intellectual, and moral.” By contrast, anarchy represents the absence of a guiding principle in one's life which prevents one from striving to attain perfection. This lack of purpose manifests itself in such social and religious defects as laissez faire commercialism and puritanical hypocrisy. For Arnold, the myopic emphasis on egocentric self-assertion has a devastating impact on providing for the needs of the community; indeed, it can only lead to a future of increased anarchy as the rapidly evolving modern democracy secures the enfranchisement of the middle and lower classes without instilling in them the need for culture. Inherent in Arnold's argument is the idea of Hebraism versus Hellenism. Hebraism represents the actions of people who are either ignorant or resistant to the idea of culture. Hebraists subscribe to a strict, narrow-minded method of moral conduct and self-control which does not allow them to visualize a utopian future of belonging to an enlightened community. Conversely, Hellenism signifies the open-minded, spontaneous exploration of classical ideas and their application to contemporary society. Indeed, Arnold believes that the ideals promulgated by such philosophers as Plato and Socrates can help resolve the moral and ethical problems resulting from the bitter conflict between society, politics, and religion in Victorian England. As serious as Arnold's message is, he elects to employ the device of irony to reveal his philosophical points to his readers. Through irony, satire, and urbane humor, the author deftly entertains his readers with examples of educational travesties, he wittily exposes the enemies of reform and culture, and he beguiles his readers with self-deprecating humor in order to endear them to his ideas.
(Source: Nineteenth-Century Literary Criticism, ©2003 Gale Cengage.)

What is anarchy in society?

Discuss 'Doing as One Likes'

Bring out the distinction and difference among Barbarians, Philistines and Populace

What is Hebraism and Hellenism?

Critique of the essay - 'Culture and Anarchy'

Lincoln Allison -recently retired as a Reader in Politics at the University of Warwick - finds Matthew Arnold's Culture and Anarchy a morally repugnant workespousing mad, bad and dangerous ideas.
Click here to read this article.

1.    What is the concept of Culture according to Matthew Arnold? Explain the various factors which make ‘Culture’.
2.    “The whole scope of the essay is to recommend Culture as the great help our of our present difficulties; Culture being a pursuit of our total perfection by means of getting to know, on all the matters which most concern us – ‘the best which has been thought and said in the world’.” Explain with reference to the essay ‘Culture & Anarchy’.
3.    Discuss ‘Doing as One Likes’.
4.    What does Arnold mean by ‘Anarchy in Society’ in his essay Culture and Anarchy?
5.    Freedom of doing as one likes, according to Arnold, was one of those things which English thus worshipped in itself, without enough regarding the ends for which freedom is to be desired. Justify with reference to your reading of Culture and Anarchy.
6.    “Firstly, never go against the best light you have; Secondly, take care that your light be not darkness”. Justify with reference to Matthew Arnold’s views on Culture & Anarchy.
7.    Explain the concepts of ‘Hebruism and Hellenism’ as discussed by M. Arnold in his essay ‘Culture and Anarchy’.
Write brief note on class distinctions discussed in form of ‘Barbarians, Philistines & Populace’ by M. Arnold in his essay Culture and Anarchy.


My presentation from Sid Eusaphxai