Worksheet: Screening Movie The Da Vinci Code based on novel by Dan Brown 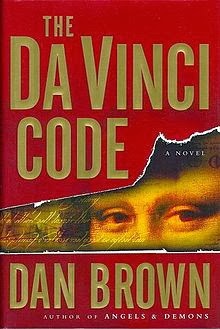 Narration:
o   What is suspense thriller?
o   Have you come across any novels by Sidney Sheldon?
o   Have you watched any films by Alfred Hitchcock?
·        Central Theme:
o   What is conspiracy theory?
o   What is conspiracy fiction?
o   What is Mary Magdalene's role in the history of Christianity.
o   Feminine sacredness:
§  “The power of the female and her ability to produce life was once very sacred, but it posed a threat to the rise of the predominantly male Church, and so the sacred feminine was demonized and called unclean.
§  It was man, not God, who created the concept of 'original sin,' whereby Eve tasted of the apple and caused the downfall of the human race. Woman, once the sacred giver of life, was now the enemy."
§  “This concept of woman as life-bringer was the foundation of ancient religion.”
§  “Sadly, Christian philosophy decided to embezzle the female's creative power by ignoring biological truth and making man the Creator.”
§  “Genesis tells us that Eve was created from Adam's rib. Woman became an offshoot of man. And a sinful one at that. Genesis was the beginning of the end for the goddess."
* "It's important to remember that the ancients' view of sex was entirely opposite from ours today. Sex begot new life - the ultimate miracle - and miracles could be performed only by a god. The ability of the woman to produce life from her womb made her sacred. A god... It's a deeply sacrosanct ceremony".

While watching the movie The Da Vinci Code, keep an eye on following questions:
1.     Compare the beginning of the Novel and that of the movie. What difference do you notice? Which narrative seems to be more effective? Give your reasons.
2.     How is Christianity challenged in novel? What sort of religious controversy is discussed?
3.     Which truth from the life of Jesus Christ was buried and constant attempts were made to hide some facts? WHY?
4.     Da Vinci’s painting is symbolically observed by symbologists like Teabing Leigh and Robert Langdon. How do they read symbols? What do they deconstruct in the process of re-reading Leonardo Da Vinci’s painting?
5.     Explain the symbolism in ‘Holy Grail’? How is this symbol re-interpreted in the novel by Dan Brown?
6.     Concept clarification: Watch carefully to understand following terms:

Symbology
b.     Sarcophagus
c.      Merovingian Dynasty
d.     Opus Dei
e.      Priory
f.       Constantine – and his role
7. How does the portrayal of Sophie's character in the movie observe the sanctity of 'Feminine Sacredness'?