Some thoughts on Man on this Women's Day

It is philosophically self-evident that to think of 'Man' on the International Women's Day, is nothing less than to play with fire. It is proved with empirical evidences that the female sex has been subjugated by Man for centuries, since the advent of culture or civilization. All discourses regarding gender studies, be it ontological or epistemological, have proved that female identity has been 'subject' to the patriarchy. When we say so, we distinguish 'subject' from 'individual'. As per Humanism, an Individual is the one with 'Free-Will' and 'Choice'. Whereas, 'Subject' is the one without 'Free-Will' and 'Choice'. The Female Identity is denied the 'Free-Will' and 'Choice' is undeniable fact, even in the second decade of 21st Century.

However, the change is happening. Now-a-days, we quite often come across events in which Male Identity is exploited. As the legal provisions are heavily in favour of female, many of them misuse it to harass their male counterpart. It seems, it is too early to theorize this happenstance, but the fact is they are coming in very serious way and damaging the very purpose of safeguarding female identities. In most of these cases, the so-called cases against 'Male-Identity', it is also the female (i.e. sister, mother of the Man under question) who is harassed.

Here is one of the tragic story of a man who committed suicide because of the harassment from wife under domestic violence and dowry cases. 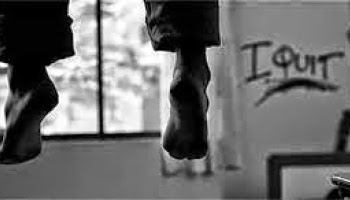 While the entire country is rejoicing and celebrating Women's Day, an old mother is crying inconsolably in Jhansi. Her son, Avadhesh Yadav committed suicide on February 25, 2015 because of a "woman". This day has no meaning for her as she is confused of the word that means "Women Empowerment". Laws that have been made to protect women, abuse of same became the reason for her son's death . . . Read full story:
http://ibnlive.in.com/news/on-womens-day-read-the-suicide-note-of-a-man/532541-3-236.html

Well, after reading the tragic suicide letter which has not missed an opportunity to educate the society against the reality of pro-woman legal provisions, if you are still not convinced with the argument - "the need to rethink for the Man", view this TED Talk: "Men - The Forgotten Gender"

It is self-evident that the theory of reverse-subjugation or reverse-subaltern  cannot be applied on such 'exceptional' cases.
It can better be read as 'Time's great revenge' (Julian Barnes) or Thomas Hardy once questioned in context of human predicament:

Why should we not read these events (sign) with the same meaning (signified) with which we read of female-subjugation? Well, these lines can help us understand it:

"Master-slave narrative, history told from below, bottom-top narrative, slave apes master. . . . . . subaltern is not just a classy word for “oppressed”, for [the] Other, for somebody who’s not getting a piece of the pie. . . . In post-colonial terms, everything that has limited or no access to the cultural imperialism is subaltern — a space of difference. Now, who would say that’s just the oppressed? The working class is oppressed. It’s not subaltern. . . . Many people want to claim subalternity. They are the least interesting and the most dangerous. I mean, just by being a discriminated-against minority on the university campus; they don't need the word ‘subaltern’ . . . They should see what the mechanics of the discrimination are. They’re within the hegemonic discourse, wanting a piece of the pie, and not being allowed, so let them speak, use the hegemonic discourse. They should not call themselves subaltern.
— Interview with Gayatri Chakravorty Spivak: New Nation Writers Conference in South Africa (1992)
Somehow, it is becoming increasingly necessary to give a thought to the atrocities on Man by Woman on this International Women's Day, more-so-over, by the legal provision. It is necessary to make 'gender neutral laws'.
Posted by Dilip Barad at 13:42