'Sam Bahadur' Manekshaw was well - known for his bravery for under his command, Indian Forces conducted victorious campaigns against Pakistan in the Indo - Pakistan War of 1971 that led to the liberation of Bangladesh in Dec 1971.
He is also known for his forthright approach. Here are some of the examples of his forthrightedness in dealing with the then Prime Minister of India, Mrs. Indira Gandhi. 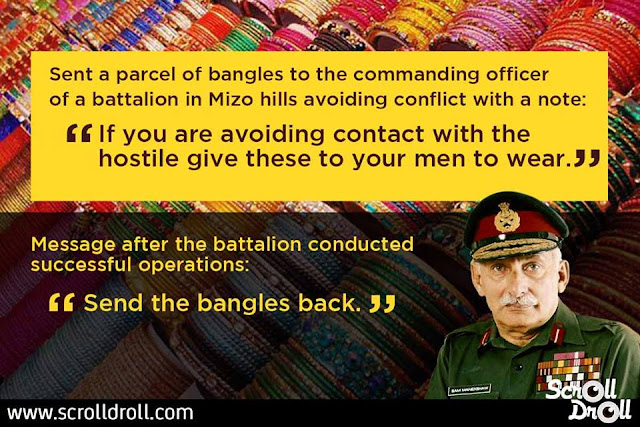 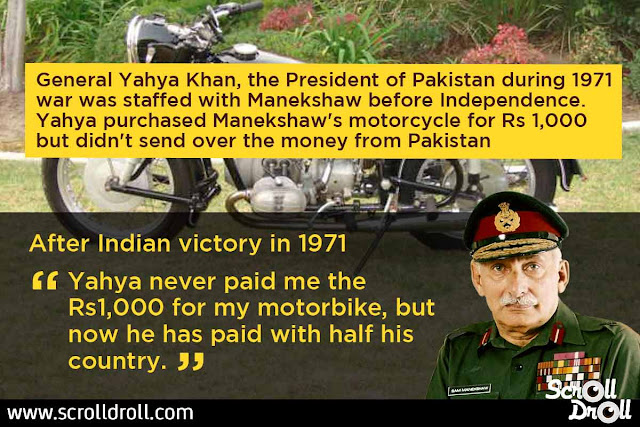 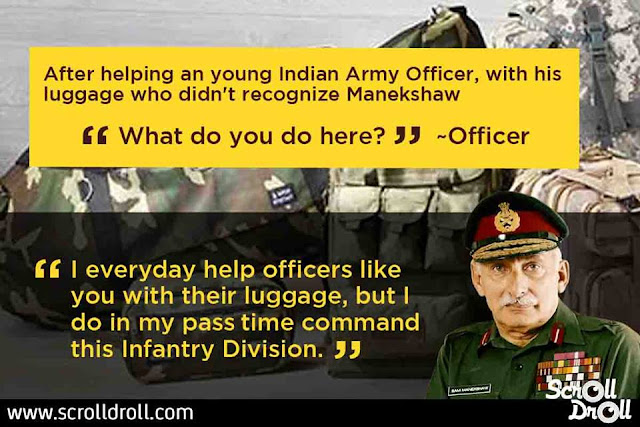 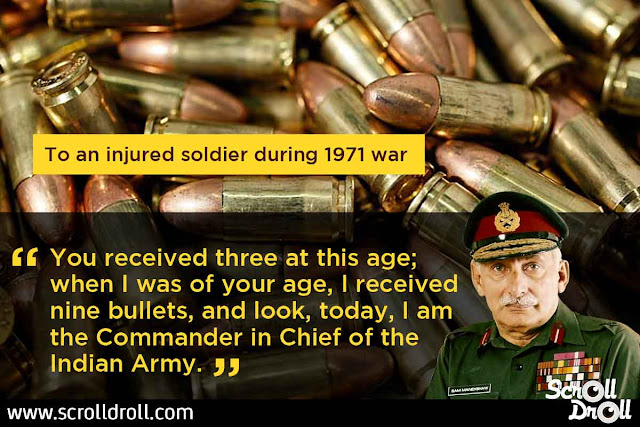 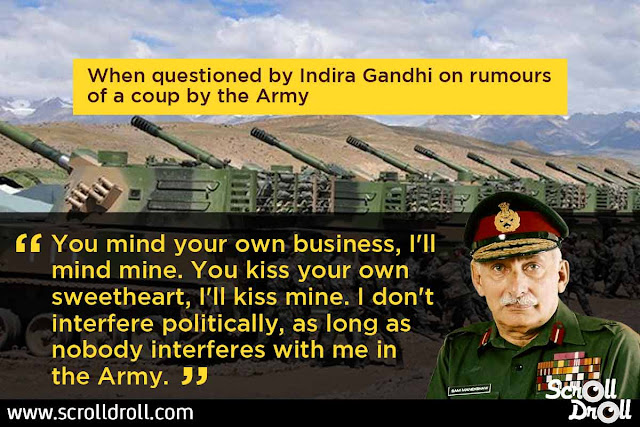 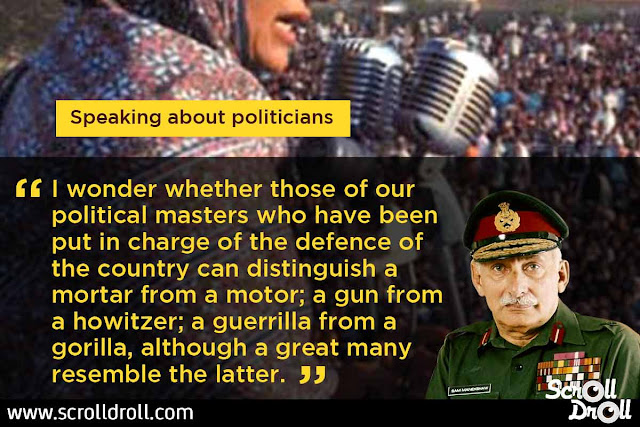 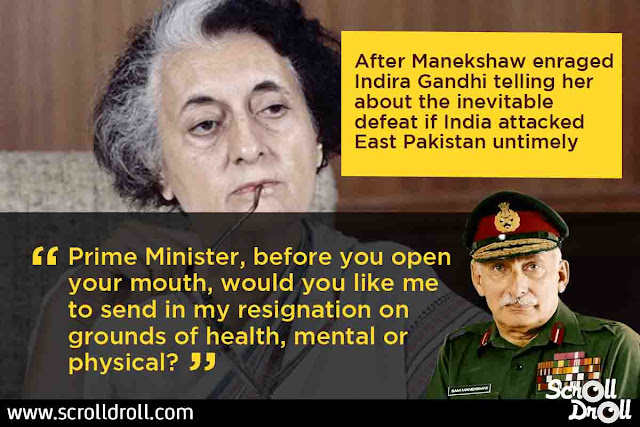 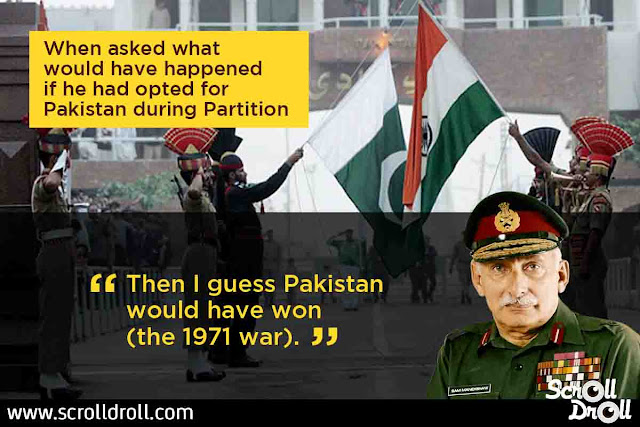 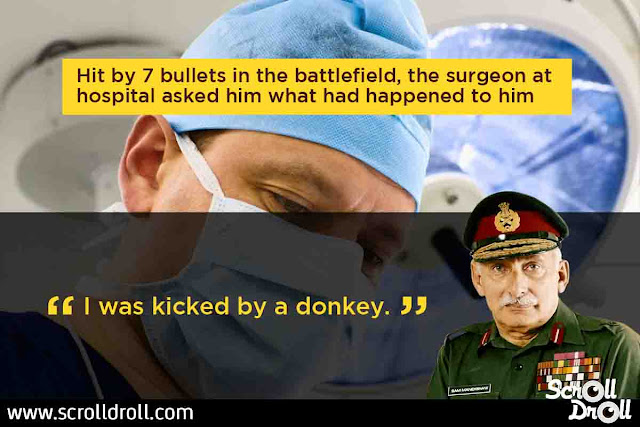 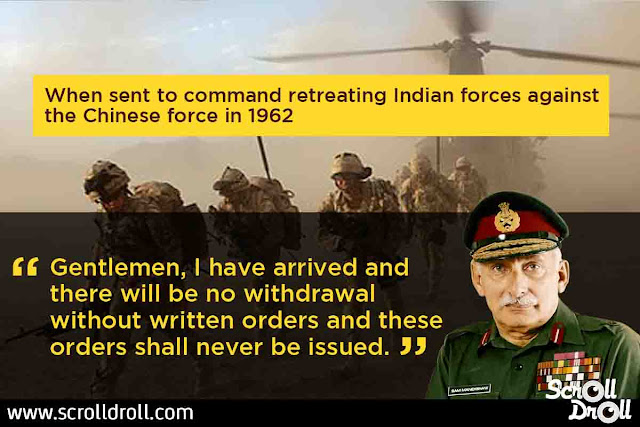 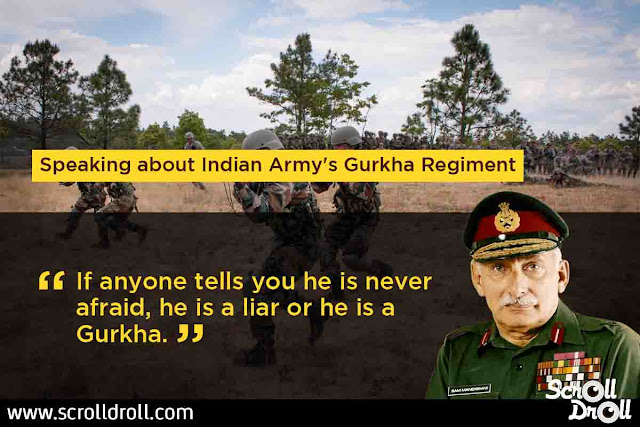 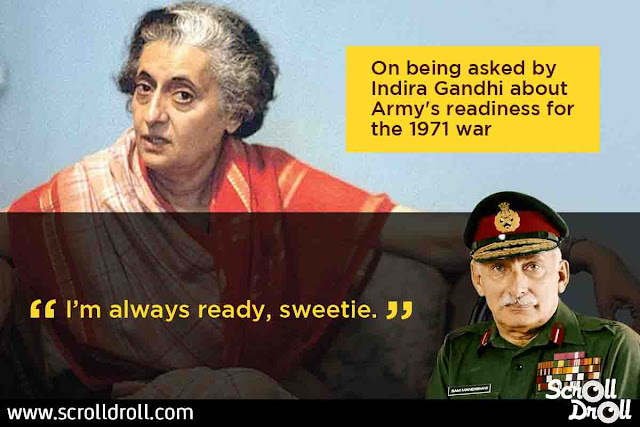