Activity for sem 3 students: Read these small poems and identify "Modernist" symbols, imagery and metaphors. Post your observations on your blog and share the blog link as a comment under this blog.

Modernist poetry is often associated with long poems such as T. S. Eliot’s The Waste Land and Ezra Pound’s The Cantos, but modernism was also when poetry went small, thanks in no small part to Imagism, spearheaded by Pound himself. Here are 10 works of modernist poetry which couldn’t be accused of outstaying their welcome – none is longer than twelve lines.
T. E. Hulme, ‘The Embankment‘ (7 lines). T. E. Hulme (1883-1917) was an influential poet and thinker in the first few years of the twentieth century. He left behind only a handful of short poems – our pick of which can be read here – but he revolutionised the way English poetry approached issues of rhyme, metre, and imagery. ‘The 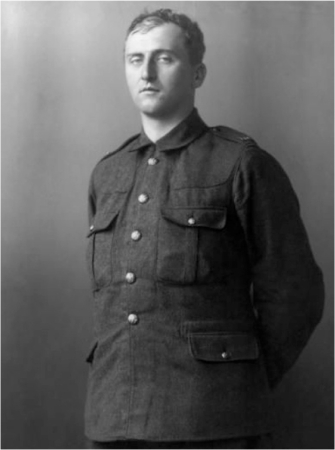 Embankment’ is probably his best-known poem, a miniature modernist masterpiece spoken by a man fallen on hard times. The poem seems to invert Oscar Wilde’s famous line: we can all look at the stars, but some of us are in the gutter.
Joseph Campbell, ‘Darkness‘ (4 lines). Campbell was an Irish poet writing a similar kind of poetry to Hulme at around the same time, though they were working independently of each other. In a previous post we’ve offered four short poems by Joseph Campbell, including ‘Darkness’ – a very short piece of early modernist poetry. Poetry doesn’t come much more understated than this.
Edward Storer, ‘Image’ (3 lines). Storer was writing at around the same time as several other early modernist poets on this list, notably T. E. Hulme (whom he knew) and Joseph Campbell, though he started off writing independently of them. He was clearly influenced by Japanese forms such as the haiku, as the following poem demonstrates (we’ve included it here as it’s not readily available online):
Forsaken lovers,
Burning to a chaste white moon,
Upon strange pyres of loneliness and drought.
Ezra Pound, ‘In a Station of the Metro‘ (2 lines). Along with T. S. Eliot, Ezra Pound is probably the most famous modernist poetworking in Britain during the first half of the twentieth century. Pound arrived at this two-line poem after writing a much longer draft which he then cut down, line by line. The poem describes the sight of the crowd of commuters at the Paris Metro station, using a vivid and original image.
H. D. (Hilda Doolittle), ‘The Pool‘ (5 lines). Hilda Doolittle and Pound both hailed from the US, and it was Pound who gave Doolittle the rebrand ‘H. D.’. They were even an item at one point. Along with Richard Aldington and Pound himself, H. D. was one of the main practitioners of Imagism, the short-lived poetic movement which Pound founded (and named) in 1912. ‘The Pool’ is one of H. D.’s finest short poems, about coming face-to-face with her reflection in the waters of a rock-pool.
Richard Aldington, ‘Insouciance‘ (5 lines).Aldington and H. D. were husband and wife in the 1910s and 1920s, and Aldington made up the trio of leading Imagists along with his wife and the movement’s founder, Pound. ‘Insouciance’ is about writing poems in the trenches – Aldington, like many men of his generation, saw action at the Western Front during WWI.
T. S. Eliot, ‘Morning at the Window‘ (9 lines). T. S. Eliot got his big break on the London literary scene thanks to Ezra Pound, who befriended his fellow expatriate American shortly after Eliot’s arrival in London in 1914. This

poem was written in London in the same year, shortly after the outbreak of WWI – a context that may lurk behind the poem’s dark, oppressive images of everyday life. It’s an unrhymed poem, but look at the shared syntax of the line endings: ‘in basement kitchens’, ‘of the street’, and so on.
William Carlos Williams, ‘The Red Wheelbarrow‘ (8 lines). Perhaps one of the most divisive poems ever written, ‘The Red Wheelbarrow’ has variously been viewed as the epitome of Imagist practice and as barely ‘poetry’ at all. It first appeared in Williams’s 1923 volume Spring and All, a book which combined free verse with pieces written in prose. Some scholarly analyses of ‘The Red Wheelbarrow’ can be found here.
Wallace Stevens, ‘Anecdote of the Jar‘ (12 lines).First published in 1919, this is one of Stevens’s best-known short poems. It appeared in his first volume of poems and has been baffling critics and readers ever since…
E. E. Cummings, ‘l(a‘ (9 lines). This poem appeared in 1958 in Cummings’ collection 95 Poems, so it’s really a late modernist work. Although it’s nine lines long, it only contains four words – cleverly arranged so that ‘a leaf falls’ appears parenthetically within the word ‘loneliness’. Richard S. Kennedy, Cummings’ biographer, called it ‘the most delicately beautiful literary construct that Cummings ever created’. We agree.
Some of the best short modernist poems (including several featured here) can be found in the excellent anthology Imagist Poetry (Penguin Modern Classics)

, which we’d heartily recommend. You can continue to explore the world of the short poem with these short Victorian poems.
Source: This is shared from https://interestingliterature.com/2016/03/03/10-very-short-modernist-poems-everyone-should-read/.
Posted by Dilip Barad at 20:38