Importance of Being Earnest Oscar Wilde

The Importance of Being Earnest - Oscar Wilde 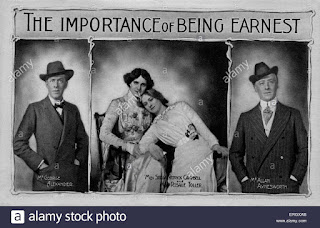 The Importance of Being Earnest, in full The Importance of Being Earnest: A Trivial Comedy for Serious People, play in three acts by Oscar Wilde, performed in 1895 and published in 1899. A satire of Victorian social hypocrisy, the witty play is considered Wilde’s greatest dramatic achievement.
Jack Worthing is a fashionable young man who lives in the country with his ward, Cecily Cardew. He has invented a rakish brother named Ernest whose supposed exploits give Jack an excuse to travel to London periodically to rescue him. Jack is in love with Gwendolen Fairfax, the cousin of his friend Algernon Moncrieff. Gwendolen, who thinks Jack’s name is Ernest, returns his love, but her mother, Lady Bracknell, objects to their marriage because Jack is an orphan who was found in a handbag at Victoria Station. Jack discovers that Algernon has been impersonating Ernest in order to woo Cecily, who has always been in love with the imaginary rogue Ernest. Ultimately it is revealed that Jack is really Lady Bracknell’s nephew, that his real name is Ernest, and that Algernon is actually his brother. The play ends with both couples happily united. (Britannica) 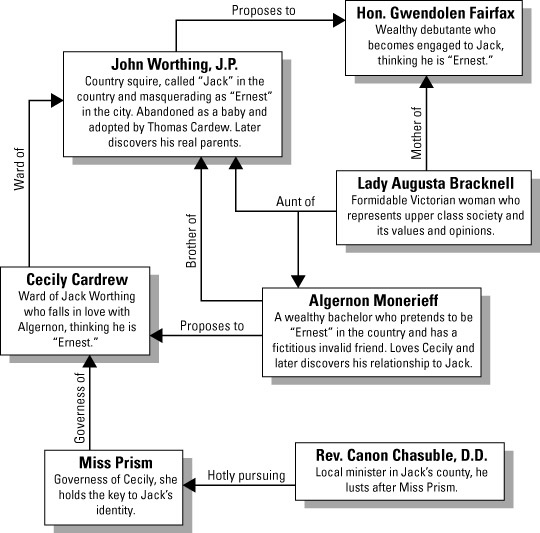 Ponder upon these points and write a blog. Paste the link of your blog-post in the comment section

Radio Play Performance of the Importance of Being Earnest

Email ThisBlogThis!Share to TwitterShare to FacebookShare to Pinterest
Labels: ernest, importance of being earnest, oscar wilde