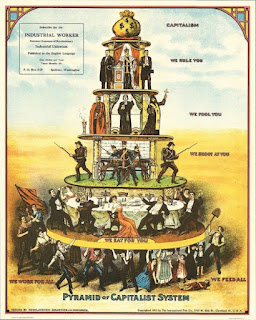 Marxist criticism, in its diverse forms, grounds its theory and practice on the economic and cultural theory of Karl Marx (1818–83) and his fellow-thinker Friedrich Engels (1820–95), and especially on the following claims:

1. In the Marxist literary analysis, the evolving history of humankind, of its social groupings and interrelations, of its institutions, and of its ways of thinking are largely determined by the changing mode of its “material production”— that is, of its overall economic organization for producing and distributing material goods.

2. Changes in the fundamental mode of material production effect changes in the class structure of a society, establishing in each era dominant and subordinate classes that engage in a struggle for economic, political, and social advantage.

3. Human consciousness is constituted by an ideology—that is, the beliefs, values, and ways of thinking and feeling through which human beings perceive, and by recourse to which they explain, what they take to be reality. An ideology is, in complex ways, the product of the position and interests of a particular class. In any historical era, the dominant ideology embodies, and serves to legitimize and perpetuate, the interests of the dominant economic and social class (Abram, M.H. A Glossary of Literary Terms)

Click here to read about the contribution of following Marxist thinkers in the Marxist criticism:

What Marxist critics do

1. They make a division between the 'overt' (manifest or surface) and 'covert' (latent or hidden) content of a literary work (much as psychoanalytic critics do) and then relate the covert subject matter of the literary work to basic Marxist themes, such as class struggle, or the progression of society through various historical stages, such as, the transition from feudalism to industrial capitalism. Thus, the conflicts in King Lear might be read as being 'really' about the conflict of class interest between the rising class (the bourgeoisie) and the falling class (the feudal overlords).

2. Another method used by Marxist critics is to relate the context of a work to the social-class status of the author. In such cases an assumption is made (which again is similar to those made by psychoanalytic critics) that the author is unaware of precisely what he or she is saying or revealing in the text.

3. A third Marxist method is to explain the nature of a whole literary genre in terms of the social period which 'produced' it. For instance, The Rise of the Novel, by Ian Watt, relates the growth of the novel in the eighteenth century to the expansion of the middle classes during that period. The novel 'speaks' for this social class, just as, for instance, Tragedy 'speaks for' the monarchy and the nobility, and the Ballad 'speaks for' for the rural and semi-urban 'working class'.

4. A fourth Marxist practice is to relate the literary work to the social assumptions of the time in which it is 'consumed', a strategy which is used particularly in the later variant of Marxist criticism known as cultural materialism.

5. A fifth Marxist practice is the 'politicisation of literary form', that is, the claim that literary forms are themselves determined by political circumstance. For instance, in the view of some critics, literary realism carries with it an implicit validation of conservative social structures: for others, the formal and metrical intricacies of the sonnet and the iambic pentameter are a counterpart of social stability, decorum, and order. (Berry, Peter. Beginning Theory)

Email ThisBlogThis!Share to TwitterShare to FacebookShare to Pinterest
Labels: Marxism, Marxist Criticism, What do Marxist Critics do