One of the major changes Renaissance and Reformation brought in socio-cultural life of Europe was the paradigm shift from God-centric world to human-centric one. The renewed interest in Humanism decentered God and replaced (Hu)Man at the center of the Universe. If all the walks of life were affected, how can literature remain aloof? All those 'stories' in scriptures (mainly The Holy Bible) which were said from the Divine perspective were retold from Human perspective. Some of the narratives seemed telling the stories from the Divine perspective, but, actually, they were not.
Let us try to explore this hypothesis. We will take bird's eye view of 'Genesis' from The Holy Bible and Book IX from Paradise Lost. John Milton proposed in 'Argument' to 'justify the ways of God to men'. In fact, he moves on the justify '(Hu)Man's ways in this world'. 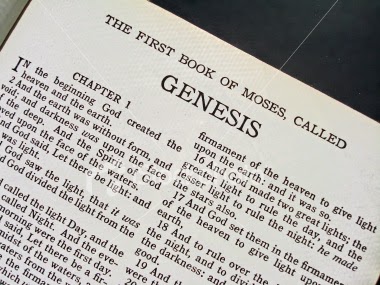 In 'Genesis', the 'Fall' is narrated from God's perspective. Obviously, God is the center of Bible. The characters of Adam and Eve are flat, lifeless and mere puppet. They do not have any emotion or feeling or voice. The Satan-Serpent tempted Eve, Eve tempted Adam and the Fall happened. God emerged and punished all three. Many questions remained unanswered in the God's Justice.

"Because you have done this, cursed are you above
all cattle, and above all wild animals upon your belly you shall
go, and dust you shall eat all the days of your life. I will put
enmity between you and the woman, and between your seed
and her seed; he shall bruise your head, and you shall bruise
his heel." (God in Genesis)


"I will greatly multiply your pain in childbearing; in pain you shall bring forth children, yet your desire shall be for your husband, and he shall rule over you." (God)


"And to Adam he said, "Because you
have listened to the voice of your wife, and have eaten of the
tree of which I commanded you, 'You shall not eat of it,'
cursed is the ground because of you; in toil you shall eat of it
all the days of your life;thorns and thistles it shall bring forth
to you; and you shall eat the plants of the field. In the sweat
of your face you shall eat bread till you return to the ground,
for out of it you were taken; you are dust, and to dust you
shall return." (God)

Well, the entire story of Genesis is quite obviously, God centric. It is narrated from Divine perspective. It does not take care of Adam or Eve or Serpent's perspective.

There are two major instances where we find the human perspective governing the plot of Book IX.

"Should God create another Eve, and I


Another rib afford, yet loss of thee


Would never from my heart. No, no! I feel


The link of nature draw me: flesh of flesh,


Bone of my bone thou art, and from thy state


Mine never shall be parted, bliss or woe."
(Book IX, Paradise Lost)
His intentions are not tempted or forced upon him. He, after deep thinking, decides to be on the side of Eve rather than God. It is 'Love' - the human emotion - which drives him.

But what will not ambition and revenge


Descend to? Who aspires must down as low


As high he soared, obnoxious, first or last,


To basest things. Revenge, at first though sweet,


Bitter ere long back on itself recoils.


Let it; I reck not, so it light well aimed,


Since higher I fall short, on him who next
Provokes my envy, this new favourite
Of Heaven, this Man of Clay, son of despite,
Whom, us the more to spite, his Maker raised
From dust: spite then with spite is best repaid."
(Book IX, Paradise Lost)
These so called deadly sins like 'ambition', 'envy'. 'revenge' and 'spiteful' which Satan represents are quite human. No human can deny absence of these rather negative emotions in the breast of this Man of Clay. Therefore, Satan is also presented with human perspective.

Check your understanding of Book IX of The Paradise Lost.
Click here to open online test.