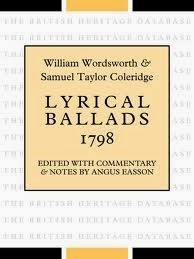 Here are some short videos on Wordsworth's Preface. After viewing them you will be able to:
* differentiate between Classicism and Romanticism
* understand basic concept of Wordsworth's poetic creed
* attempt questions given below these videos
(Reading material can be downloaded from here or here)

After watching these videos, you can attempt below given questions. You can give your answers in 'Comment' below this blog-post.

Take the quiz on 'Preface': 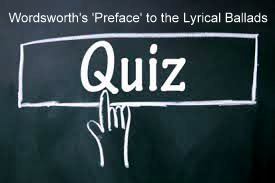 Additional study questions:
(All these questions are not addressed in the video lectures. You can download documents from this page to prepare answers of the below given questions)


1.      What according to Wordsworth should be the theme of Poetry?
2.      Write note on Wordsworth’s view on the subject matter of poetry
3.      Write note on Wordsworth’s theory of poetic diction. Illustrate from Wordsworth’s reading of Dr. Johnson’s The Ant & Cowper’s Religion!
4.      Assess the greatness of Wordsworth as a literary critic.
5.      “A language was thus insensibly produced, differing materially from the real language of men in any situation.” Explain and illustrat with reference to your reading of Wordsworth’s views on Poetic Diction in Preface to the Lyrical Ballads.
6.      “A Poet is a man speaking to men: a man, it is true, endowed with more lively sensibility, more enthusiasm and tenderness.” Explain with reference to your reading of Wordsworth’s views in Preface to the Lyrical Ballads.
7.      “A Poet has a greater knowledge of human nature, and a more comprehensive soul, than one supposed to be common among mankind.” Explain with reference to your reading of Wordsworth’s views in Preface to the Lyrical Ballads.
8.      “For all good poetry is the spontaneous overflow of powerful feeling”. Explain with reference to Wordsworth’s definition of Poetry.
9.      “There neither is, nor can be, any essential difference between the language of prose and metrical composition.” Explain with reference to Wordsworth discussion on Gray’s Sonnet on the Death of Mr. Richard West.
10.   How does Wordsworth describe the language he claims to have selected for his poems? how does he describe the language used by "many modern writers"?
11.  What sorts of "incidents and situations" does Wordsworth claim to have chosen for his poems? How does he believe such incidents can be made "interesting"? Why does he choose situations from "Humble and rustic life"? What is the presumed state of the "essential passions of the heart" in that condition? What is the relationship of these passions to language? To the "forms of nature"?
12.  What, according to Wordsworth, is the relationship in his poems between feeling and action?
13.  According to Wordsworth, "one being is elevated above another in proportion as he possesses" what capability?
14.  What does Wordsworth think of the distinction between the language of prose and metrical composition? Why?
15.  What are some of the characteristics of the poet? What is his relationship to his "own passions and volitions"? What is the relationship between his feelings and the "goings-on of the Universe"?
16.  What sort of truth does poetry give? How is this truth communicated? To what tribunal does it appeal?
17.  Of what is poetry the image? Under what one restriction does a poet write? What sort of information may he expect his reader to possess?
18.  What sort of song does the poet sing? What is his metaphorical relationship to human nature? What does he do for the "vast empire of human society"?
19.  How is the poet "chiefly distinguished from other men"? What characterizes his "passions and thoughts and feelings"? With what are they connected?
20.   What, according to Wordsworth, is the "great spring of the activity of our minds"?
21.   Poetry is defined by Wordsworth as a spontaneous what? From what does poetry take its origin? Then what happens? In what mood is "successful composition" carried on?
Examine ‘I wandered lonely as a cloud . . . daffodils’ to illustrate Wordsworth’s poetic creed.