How is India represented in ‘To The Lighthouse’? 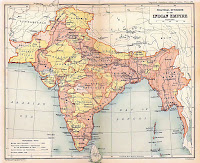 India is referred 6 times in the novel. (The blog is a draft. . .  will be updated soon with detailed interpretation of the representation of India in the novel)

Here are the lines and the context in which they are mentioned: 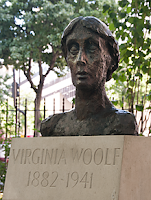 Apart from the habit of exaggeration which they had from her, and from the implication (which was true) that she asked too many people to stay, and had to lodge some in the town, she could not bear incivility to her guests, to young men in particular, who were poor as church mice, “exceptionally able,” her husband said, his great admirers, and come there for a holiday. Indeed, she had the whole of the other sex under her protection; for reasons she could not explain, for their chivalry and valour, for the fact that they negotiated treaties, ruled India, controlled finance; finally for an attitude towards herself which no woman could fail to feel or to find agreeable, something trustful, childlike, reverential; which an old woman could take from a young man without loss of dignity, and woe betide the girl—pray Heaven it was none of her daughters!—who did not feel the worth of it, and all that it implied, to the marrow of her bones!
Reference: India is ruled by the men-folk.

2) She was now formidable to behold, and it was only in silence, looking up from their plates, after she had spoken so severely about Charles Tansley, that her daughters, Prue, Nancy, Rose—could sport with infidel ideas which they had brewed for themselves of a life different from hers; in Paris, perhaps; a wilder life; not always taking care of some man or other; for there was in all their minds a mute questioning of deference and chivalry, of the Bank of England and the Indian Empire, of ringed fingers and lace, though to them all there was something in this of the essence of beauty, which called out the manliness in their girlish hearts, and made them, as they sat at table beneath their mother’s eyes, honour her strange severity, her extreme courtesy, like a queen’s raising from the mud to wash a beggar’s dirty foot, when she admonished them so very severely about that wretched atheist who had chased them—or, speaking accurately, been invited to stay with them—in the Isle of Skye.
Reference: India is exotic place where lies great romance, adventure and happiness

3) Holding her black parasol very erect, and moving with an indescribable air of expectation, as if she were going to meet some one round the corner, she told the story; an affair at Oxford with some girl; an early marriage; poverty; going to India; translating a little poetry “very beautifully, I believe,” being willing to teach the boys Persian or Hindustanee, but what really was the use of that?—and then lying, as they saw him, on the lawn.

Reference: Augustus Carmichael’s going to India is considered as some sort of achievement.

4) There were all the places she had not seen; the Indian plains; she felt herself pushing aside the thick leather curtain of a church in Rome
Reference: India is referred as place of desire. . . a desire to visit.

5) They had all the trays of her jewel-case open. The gold necklace, which was Italian, or the opal necklace, which Uncle James had brought her from India; or should she wear her amethysts?

Reference: Made in India jewelry is a thing to be possessed – owned with pride

6) The autumn trees, ravaged as they are, take on the flash of tattered flags kindling in the gloom of cool cathedral caves where gold letters on marble pages describe death in battle and how bones bleach and burn far away in Indian sands.


Reference: Some land which is far away – unknown land, the exotic land.
Posted by Dilip Barad at 23:57

Email ThisBlogThis!Share to TwitterShare to FacebookShare to Pinterest
Labels: India, to the lighthouse, virginia, woolf