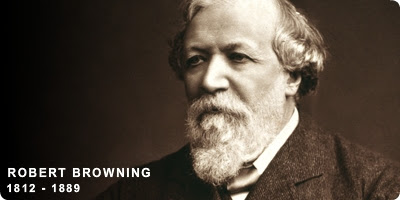 Robert Browning, (born May 7, 1812, London—died Dec. 12, 1889, Venice), major English poet of the Victorian age, noted for his mastery of dramatic monologue and psychological portraiture. His most noted work was The Ring and the Book (1868–69), the story of a Roman murder trial in 12 books.

Few poets have suffered more than Browning from hostile incomprehension or misplaced admiration, both arising very often from a failure to recognize the predominantly dramatic nature of his work. The bulk of his writing before 1846 was for the theatre; thereafter his major poems showed his increasing mastery of the dramatic monologue. This consists essentially of a narrative spoken by a single character and amplified by his comments on his story and the circumstances in which he is speaking. (Read more . . . )

All you need to know about Robert Browning - Victorian Web