The week (15-20 July 2013) was the week full of meetings and most of the time was eaten away by monstrous Mr. Admin. If I have to rewrite Dryden's aphorism: 'The corruption of a Poet, is the Generation of Critick'; I would rather put it as - 'The corruption of a Teacher, is the work known as Meetings and Administration.' The body and mind (fortunately, not the soul), were so exhausted that it fell prey to fever, headache and diarrhoea. Amidst, the work which I do not love to do, if there is anything relieving, it is the time when I am either in the classroom or on the tennis court.
During let-down moments, the vine like this (see photograph) has some message for us. It makes, if not friendship, at least, adjustment with the iron-twines. It sustains and goes on growing, longer, climbing, twining against the odds - but do not think of ending a life. There are different kinds of suicidal tendencies. The worst of them is not self-slaughter; it is to return back from the path taken for a tough journey.

Well, the classroom interactions went on quite well. In semester 1, we continued out discussion of 'Literature, 'Criticism', 'role of a Critic' & 'difference between theory & criticism'. The class has a few quite impressive fast-learners. They can sense questions and hit answers right on the head of the nail. As most of their responses were on the slides, there was but little space to do board work. So, there are no green board images. Instead, have a look at the presentations discussed in the class. The following three presentations were discussed in the class with quite a lot of discussion.

What is Literature? from Dilip Barad
The discussion ended with a conclusion that it is 'language' and the 'use of language' which makes for the literature.

The confab on Criticism Vs Creativity was aimed at understanding role of a Critic. A few students came with interesting observations. Say for instance, one of them said: 'the relationship between critic and creative writer is analogous to the relationship between 'Bahu and Saas' (it is daughter-in-law and mother-in-law relation deeply rooted in Indian cultural context). Tom and Jerry can be yet another similar relation. The other student came with an observation that: 'critics are very important as they give new vision to the work of art'.
To a question: 'whether we need a critic when we consume literature outside academic periphery?', some students nodded to the voice that the movie reviews are read before deciding on watching a movie. This confab concluded in congruence: the role of critic is as important as that of creative writer, who is also a critic of life.

Criticism Vs Creativity from Dilip Barad
The week ended with final discussion on the difference between criticism and theory.

Difference between Literary Theory and Criticism from Dilip Barad
We ended with concluding remark that: 'Criticism is passing judgement on various aspects of literature; whereas, Theory is not judgement, but understanding of the frames of judgement.


The teaching of this poem was pedagogically based on I. A. Richards's 'The Practical Criticism;. Purely, New Critical approach. We listened audio of the poem downloaded form www.librivox.org and dissected it into bits and pieces. Yes, dissection is the most appropriate word. First of all, we torn the poem apart by separating scenes and images. The collage was operated & individual pictures were separated; and then had microscopic view of the scenes as an individual image before seeing it as a part of whole picture. At the end, we connected the seemingly incongruent images - and the beads got settled with the string to make a rosary! Yes, beads (rudraksha) and rosary (prayer mala) give spiritual connotation, and 'The Waste Land' also ends with very strong spiritual connotation: "Shantih, Shantih, Shantih." The peace that passeth understanding. 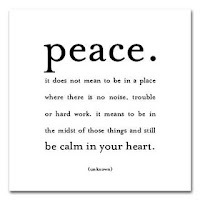 Next week, we will discuss some questions (handouts are already distributed) and probable answers - more of an exam oriented teaching - an unavoidable evil!
Posted by Dilip Barad at 00:34